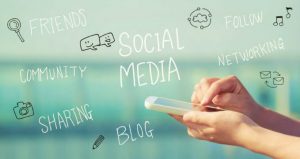 Don’t Be Annoying in Social Media

These days, having a stellar social presence is essential for online business growth, but simply creating profiles, getting followers, and posting whatever you want, whenever you want, isn’t enough to get there. There must be strategy, of course, but even when you operate within a strategy, there are a few things you can still get wrong. These are the top annoying social media habits brands have been committing regularly across social media.

If there’s ever a place full of misinformation that looks real, it’s social media. Tons of memes are floating around with false data, contributing to the dumbing-down of our society. If you see anything you think may be worth sharing to your audience, do everyone a favor and fact check it first. One of the best places to check is Snopes – but you can always go to Google, too. If people figure out the falsehood of what you’ve posted, you’ve knocked your credibility down a notch, and possibly lost a follower or two… maybe more.

Fear of missing out (FOMO) is a real thing online, and that’s why we see teenagers posting everything from what they ate for breakfast to the movie they’re watching right now. You may think that because you have to compete with everyone else out there, the best way to do that is to post all the time. But, if you fill your audience feed too much, they’ll start to ignore whatever it is you’re saying, or worse yet, unfollow you all together.
There are many studies on the best time to post on social media to guide your efforts. On Facebook, the data shows:

Posting on Wednesday and noon and between 5 and 6 pm is optimal, though to increase retweets and clickthroughs, you can also tweet right at noon and 3pm. You can safely experiment with 2-3 am, 6-7am, and 9-10 pm.
Use Pinterest? Take a look at this:

The best times to in are 2 pm, 9 pm, and 2 am. Avoid Pinterest during work hours, and for best results, include a call to action, and try to match the best topics of the day.

The data for LinkedIn shows the best days to post are Tuesday, Wednesday, and Thursday. The best times to post are between 7 and 8 am, noon, and 5 and 6pm.

The data for Google+ shows you should avoid posting in the early morning or late evening. The best time to post is between 9 am and 11am, or between noon and 1 pm, especially on Wednesdays. The majority of people there are lurkers and will not interact with what you post.

The data for Instagram shows people are engaged throughout the week, but Mondays and Thursday tend to get a bit more attention. Avoid posting between 3 and 4 pm on those days. Videos do best every day between the hours of 9 pm and 8 am. Generally speaking, the best times to post to Instagram are between 8 am and 9am, 2 am, and 5 pm.

Factoring in time zones sounds complex, but it doesn’t have to be. Half of Americans live in the eastern time zone, and when you add the central time zone, you’re accounting for 80% of the population.

Conventional wisdom says you should post to Facebook twice a day, but this only works if you have a following of 10,000 or more. Posting twice a day with a smaller audience translates to 50% fewer clicks per post. Those with less can post one to five times a month and see clicks per post double.

In terms of Twitter, there’s no clear cut answer, because it depends on your goals, according to this study. If you want to want to get the best engagement from each tweet, then stick to one to five tweets per day, but if you want to get more responses overall, tweet as much as you want… with up to 50 times a day having no negative effect on your account.

For Instagram, it’s not the frequency, but the consistency that matters. You can start posting multiple times a day, even up to 15-20x a day on your account without negative effects, but setting that standard means you have to do it consistently. Changing to posting just a few times a week will translate to lost followers and less engagement for each post.

For Pinterest, post between four and 10 times a day to get maximum engagement, but some studies show pinning up to 30 times a day is okay for brands with lots of content.
Don’t post to your social profiles apologizing for a lack of posts recently. It’s pointless – and because posting more often doesn’t really offer any benefit, just jump back in to posting regularly. Take time to curate some content and get it queued up and ready to go so you can avoid gaps in the future.

People don’t use social media to be sold to constantly. Yes, they use it to discover new products and services, but they want do so on their own terms. Constantly tooting your own horn will lead to followers ignoring you, or completely unfollowing you all together. Some self-promotion is okay, but focus on providing content that educates, entertains, and informs. “Interesting” content ranks as one of the top three reasons people choose to follow a brand on social media. If you’re creating interesting and useful content, getting that content in front of the right eyes, the rest will fall in line. There’s no real hard and fast rule about how much of your social content should be about your brand, but the consensus seems to be to apply the 80/20 rule. This means only 20% of your social content should be about your brand, and the rest of it should be focused on building relationships with your followers.

The automated direct message on Twitter, to say “Thanks for the follow!” or “Check out my new…” may seem like a good idea to connect with followers who catch you when you’re offline, but really, it defeats the purpose of social media. Social media is a platform, regardless of which channel you use, to connect with people you wouldn’t otherwise be able to meet… on a personal level. The automated message approach is highly impersonal, and can turn off new followers.

Social media is fun to use among friends and family for your personal account, but it is fast becoming a powerful professional tool, and should be treated as such. It needs to be considered a conversation with a client you’ve known for a while. It’s okay to be conversational and casual, but don’t use that as a reason to be informal. You still want to show respect and leave an impression. TyPiNg Lik DiS, Or This, OR THIS, won’t do that.

Hopping On All The Trends

If you see something trending, your instinct may to be jump on the train and get in on the action. After all, if it’s tending, thousands of people are talking about it, so you’d get massive exposure outside of your current audience, right? Before you jump on that hashtag, do some research.

What’s the hashtag really about? In 2014, well-known pizza brand, DiGiorno taught the world a valuable lesson about hopping on trends without doing due diligence first. The brand jumped on the “#WhyIStayed” hashtag, with what ended up being an offensive tweet. The hashtag was actually in response to Janay Rice’s decision to stay with NFL player Ray Rice, after he’d committed acts of domestic violence against her. Thousands of women used the hashtag to share their stories, and DiGornio didn’t take 10 seconds to figure out what the hashtag was about before tweeting. As soon as they realized their error, they deleted the tweet and began issuing apologies.

Is the hashtag relevant to your business? If not, skip the trend. You don’t need to waste time talking about anything and everything. It could confuse your audience, and especially any new or recent followers.

Okay, so this one should be dead obvious, and many of us know better. And yet, there are still countless services out there offering to get you likes and followers on any number of social media networks for a fee. It can be really tempting for an unsuspecting business owner to get a start that way, because they’re worried about having high numbers to make themselves look good.

The problem with this approach is – number one, these followers and fans are likely just spam accounts – up to 11.2% of Facebook accounts are. If they are actual user accounts, chances are they’re not targeted users, even if the service says they are. So, you end up with hundreds, if not thousands of followers who don’t give a flying hoot about what your business and what you have to offer.

Your business is far better served by 50 followers who are actively engaged in what you have to say and genuinely interested in your product – part of your target audience – than it is with 500 random people. Social isn’t a numbers game, no matter how much it looks like it. Quality over quantity is definitely true here.

Excessive Use Of Hashtags

Hashtags are used on Twitter, Instagram, and Facebook as a way to categorizing information, curating content, and ultimately, reach a specific audience. Two to four hashtags is best – two for twitter, and more for Instagram where the image could easily appeal to a wider audience. Keep it simple, and don’t make up crazy ones.

You think, “Hey, this is a good update for Twitter, Facebook, and LinkedIn, so I’ll just save time and sync them all to each platform automatically.” It sounds good in theory, but take the time to it manually. Each network has its own style and the audience expects content to be delivered in a certain way. When you automate the process from one network to another – you’re sending the message that you’re lazy… and followers on all platforms see the same thing over and over.

Ignoring Requests From Your Audience

When someone sends you a message on social media, don’t ignore it. Do what you can to respond as soon as possible. 32% of customers expect a response within 30 minutes, while 42% expect a response within an hour. Think that’s rough? 57% of them expect the same response time outside of normal business hours, including nights and weekends. If you need to, have a team of people who can respond quickly. It’s okay not to be on top of things all the time, but make sure to include response time into your schedule so your audience can see you’re paying attention. One study found failing to respond to customers on social channels can lead to a 15% increase in churn rate for existing customers.

Putting It All Together To Create A Solid Social Strategy

Pay attention to your audience analytics on social media channels to see when your audience is most active. Use that data to determine the types of posts and topics they share and respond to the most. Focus less on how much you post, how many followers and fans you have, the hashtags you add to the content, and more on providing quality content, and responding to your audience. Remember your goals, and make sure everything you post fits into helping you accomplish them.

2023 Marketing Initiatives: Adapting to the Changing Values of Customers

Extrinsic vs. Intrinsic Motivation in Gamification Marketing: A Short Guide

The 5 Marketing Conferences You Must Attend in 2023

8 Types of Facebook Ads to Crush Your Sales Goals