Prize Denial? What to do when the winner of a sweepstakes wants a different prize. 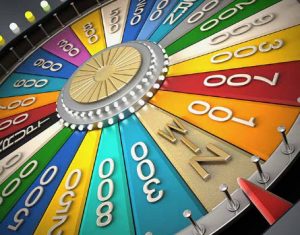 What if you offer a sweepstakes and the winner wants to receive only a portion of the prize?

During the past few months I have encountered several such situations in which the winner of a sweepstakes or contest has requested that the prize be modified or replaced with cash. These requests don’t occur very often and because they are so rare, many sponsors don’t know what they can and can’t do in these situations.

As with most sweepstakes issues, there is no one right way to handle these winners’ requests. However, sponsors can prepare for this situation in advance by including provisions in the official rules that cover the possibility that this may occur. For example, a sponsor can make certain that its sweepstakes and contests official rules clearly describe the prizes that will be awarded so there will be no confusion about what is included in the prize. Sponsor’s official rules can also contain provisions that prohibit substituting a different prize or award cash for the prize that is won.

When a winner asks that a prize be modified or replaced, the Sponsor usually has several options: e.g. award the prize to the winner exactly as set forth in the rules; replace the prize as requested by the winner; disqualify the winner for not accepting the prize and select another winner; and declare the winner disqualified and not award the prize to anyone. Which, if any, of these options is appropriate depends on the circumstances at the time of the winner’s request. However, there is no foolproof way of handling these situations.

In the situation with the single-minded traveler, the Sponsor ultimately awarded the winner only that portion of the prize that she wanted. However, the question then was, is the sponsor adhering to the official rules that all prizes would be awarded and that the prize at issue would have a value twice as large as the prize that was actually awarded. Had this been a situation where the portions of prize were not so intertwined, such as if she had won a trip and a car but did not want the trip, perhaps a second prize winner could be chosen and the trip could have been awarded to that person. Unfortunately, this prize involved traveling on the same itinerary, sharing accommodations at the same hotel for a week, etc. So that was not possible.

After a good deal of discussion, the sponsor decided to award the portion of the prize that the winner wanted to accept. It then donated the value of the rest of the prize to a national charity.

This is only an example of how a sponsor handled this type of request from a winner. This option may not be suitable in other situations. However, in this case it provided a fair, straightforward and good faith effort to honor the winner’s preference for the prize while at the same time fulfilling its promise that its promotion would award all of the prizes described in the sweepstakes official rules.

This area of sweepstakes law is not very well developed. For that reason, sponsors who encounter these situations should contact lawyers who are experienced in sweepstakes and contest matters for help.  If you need help finding the right motivational prize, check out our blog on finding the right prize to incentivise your prospects.

How to Bulletproof Your Ad Tracking

The Psychology of Storytelling

eCommerce: The Ultimate Guide to a Successful Strategy

Marketing Stack Review: How Do You Stack Up?