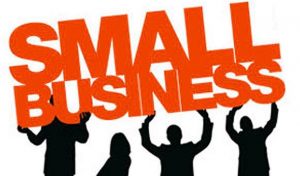 US SMBs are planning to spend more on social media marketing in 2017. But it’s not just social channels that are
seeing more marketing dollars. According to research from Thrive Analytics, more SMBs plan to invest a bigger
portion of their overall marketing budgets in digital formats—thanks, in part, to growing economic optimism.

When examining which formats will benefit from this increase in digital marketing spending, mobile, digital
video and paid search were key areas of focus. More than 50% of SMBs said they plan to increase spending on
mobile ads or marketing, while another 48% planned to boost spending on online video. Paid search tied for third
place with event marketing, at 47% of respondents.

Thrive Analytics isn’t the first company to point out a trend toward growing digital marketing spend among
US SMBs. A December 2017 study from Infusionsoft also found that digital channels—including social media (56.2%),
digital advertising (32.6%) and SEO (31.5%)—would see increases in 2017. 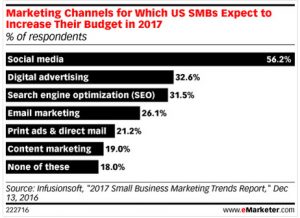 The sudden surge in SMBs’ digital marketing spending is not without precedent. Some news sources are reporting
that small-business owners are increasingly optimistic about the current economic climate, which may be giving
them more confidence to spend on promotion and acquiring new customers.